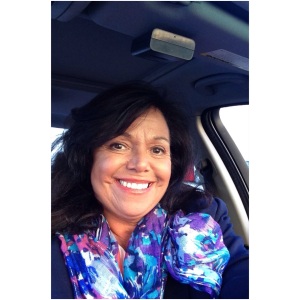 Joanne T. Pomodoro is a life-long resident of East Boston and an independent candidate running to be the next the State Representative of East Boston. Joanne is running because she is tired of going to community meetings and not having her concerns be heard–one of them being selling East Boston to developers for profit. She wants people who haven’t been heard to be heard and will represent the underserved through representation. What makes her qualified is her work experience as a social worker or better known as a “change agent.”

As a social worker she has helped countless people with their problems; found solutions; healed people from trauma (especially from the Boston Marathon Bombing); and empowered people by becoming pro-active–versus reactive–and taking charge of their life. And what she really wants to do as the next State Rep is re-invest East Boston through stake ownership.

“If you invest in something you have ownership in it,” she says. For those who lives here and wants to stay here they should have a discount–and not be pushed out of their homes because of luxury housing. And so she is advocating a voucher program so that middle class families can stay and prosper here in East Boston.

“I don’t make a blanket speech; I speak from my heart. I am not a professional politician but I am a professional social worker which specializes in helping people.”

Her three biggest priorities that she is advocating for as state rep are: Health and Wellness; Gentrification; and Community Unification.

Here are responses of questions from the Twitterverse that Joanne answered

JP: We don’t get to choose how we run. When I was 18 years old, I registered as an Independent. The reason I did that because I wanted to choose the issues, not the politician nor the party. If someone had an issue that I was concerned about, I aligned myself with him. That’s the way I voted. So I’ve been an Independent all my life and that’s the way I’ll stay. 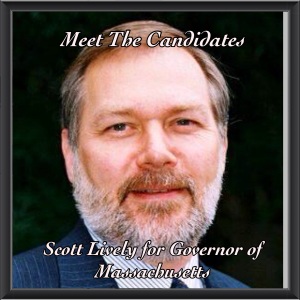 Dr. Scott Lively is a full-time missionary pastor who preaches the word of God in the inner-city of Springfield, Massachusetts. Scott is running for one reason: to bring Biblical values back into the politics of Massachusetts: Anti-Abortion, Natural Family, and Basic Conservative Values. Values, which he said still defined the grassroots of the Republican Party. Dr. Scott Lively is a man of many trades: he is a building contractor, Christian social activist, and a constitutional lawyer–all the while earned his doctorate in Theology. He is a fifth generation Massachusetts citizen and his family has been here since the 1620s.

Scott tells me that he is grieved by the decline of Commonwealth’s neo-christian values–values he said has been handed down for five generations. He is tired of seeing the rise of the Marxist philosophy, pervading his beloved Commonwealth state and his country, and wants to put a stop to it. Two tasks that he will accomplish as the next governor of Massachusetts is Micro-financing in inner-city neighborhoods and a citizen oversight panel to scrutinize corruption in government.

As a full-time missionary he has traveled to over 40 countries, sharing the gospel of Jesus Christ to countries (in Africa) that have little resources. It was during his missionary work that he saw the power of Micro-financing, which donors gave small loans to inspired farmers and push-cart merchants and taught them basic business and entrepreneurial skills. The results, he said, were tremendous and the people in Africa were able to pull their own bootstraps, pull themselves up out of poverty, and be successful. Dr. Lively says, he sees too many inner-city families (going back to three generations) that are dependent on the government. He quotes a Jewish proverb: “If you give a man fish, he eats for a day. But if you teach a man how to fish, he eats for a lifetime.” This is what inspires him to break “government-dependency” in inner-city neighborhoods. Then lastly he wants to institute a citizen oversight panel chosen by lottery, to oversee the corruption in government and have a panel of lawyers to prosecute corrupted public officials. He sees too much greed in politics and wants to put a stop to it.

Dr. Lively understands that he speaks differently from the rest of the candidates, but one thing he wants to tell you is that he is honest and a straight-talker, even if you don’t agree with his views. He does not engage in mudslinging, he is not here to pander votes, and he is not a cardboard cut-out. He is an independent who wishes to restore Christian values back into the Commonwealth.

If you wish to reach out to Dr. Scott Lively and his campaign, go to www.livelyforgovernor.com 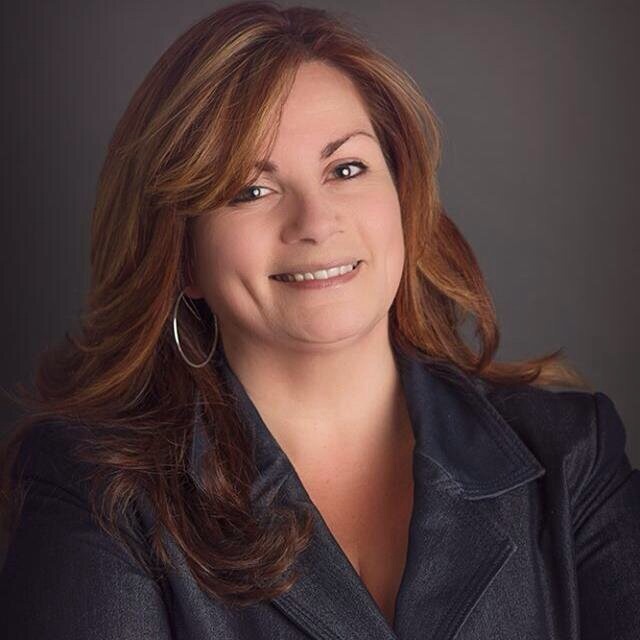 I proudly endorse Celeste Ribeiro Myers for State Rep in East Boston. Her drive and commitment to fair play, diversity, and community service will no doubt revive East Boston back to its original glory. She is not tied down to private interests nor the status quo.

On Nov. 4th be sure to check off Celeste Ribeiro Myers on your voting ballot.

To watch my interview with her, click on this link: Prince Sefa-Boakye interivews Celeste Ribeiro Myers, Candidate for State Rep

For more information on Celeste and her campaign go www.celesteforeastboston.com

Celeste Ribeiro-Myers is an all-made East Bostonian, co-chair of the NoEastieCasino Movenment, and a champion in grassroots organizing and community service.

I have the pleasure of knowing Celeste through her father John Ribeiro Jr, who I’ve worked for as his Campaign Manager. Her father laid down the foundation of her active service in the community and taught her the most important lesson in life: “To talk with your feet and not with your mouth.” She has taken a stand against outside corporate forces like Suffolk Downs and has pledge to not receive any outside money from any political parties such as the Republican Party or the Democratic Party. She tells me that she represents no party except for The People of East Boston Party.

Her biggest priority as candidate for State Representatitve is Clean Neighborhood Development. According to Celeste, what makes East Boston so great is its inclusive and diverse neighborhood where all are welcome to start out, build families, and thrive together. Her greatest accomplishment was co-charing a movement called “NoEastieCasino” which stopped a huge corporation (Suffolk Downs) from building a casino in their backyard. Not only did this serve as a huge indicator of her leadership, but her commitment to the people East Boston that no outside business force can control their community. In my opinion, she took down Goliath when nobody thought was possible.

For more information on Celeste and her campaign to be the next State Representative in East Boston, Massachusetts go to http://www.celesteforeastboston.com

And for more radio talks and interviews go to http://www.urbusinessnetwork.com and search “Prince in The City”

Here is my interview w/ San Diego Mayoral Candidate, Kevin Faulconer. Kevin Faulconer is running against David Alvarez to be the next mayor of San Diego. To learn more about him and his issues, click on the link below.