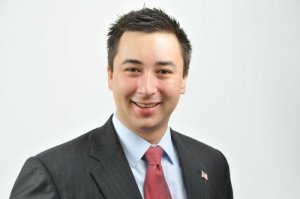 Leland Cheung is a proud son of immigrants. Having been honored to serve as a City Councillor for the City of Cambridge for over five years, he has developed a sheer appreciation for civic engagement and American values.

Before he participated in civic engagement, he worked as a Senior Associate at Masthead Partners, a Cambridge-based venture capital firm focusing on digital media, mobile, and internet infrastructure. He utilized this work experience to guide his efforts as a board member of the Massachusetts Technology Collaborative and the National League of Cities.

In our interview he discussed his initiatives for Massachusetts, as the next upcoming Lt. Governor, and answered questions from Twitter as well as mine in regards to his personal journey in life and his candidacy.

Our biggest topics of discussion (and where his passion truly lies) is innovation and economy.

Leland tells me first hand that the main reason on why he ran for City Council in the first place was that nobody on the Council was talking about how to make sure that kids, who grew up in Cambridge, have the opportunity to work for Google or Microsoft which were literally located down the street from public housing. As the next Lt. Governor, Leland wants to make sure that the economy is not just benefiting for a few people (who live in the right zip code), but for everybody–regardless if you have a PhD from MIT, a two-year graduate degree or a GED. He wants to create economic opportunity for everyone.

However, the biggest obstacle that he faces, which he also sees in the Commonwealth, is the constant battle between Boston and Cambridge on innovation and economy. As Lt. Governor, he wants to put an end to this nonsense and make sure that everyone in Massachusetts (including Springfield) receives economic opportunity.

To listen to my interview, click on the link below.

To learn more about Leland Cheung, and to follow his campaign, go to: www.lelandcheung.com