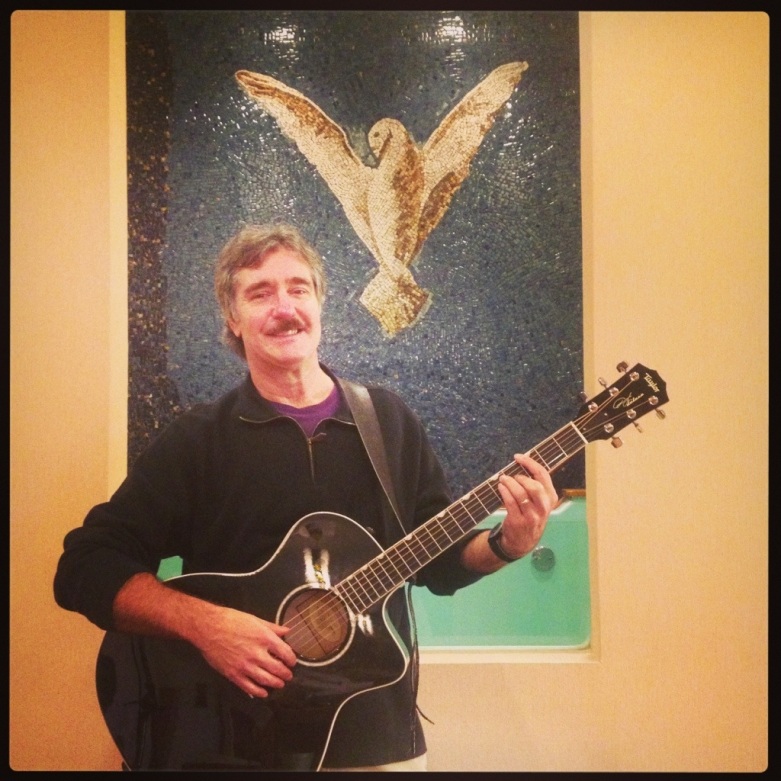 Musician Extraordinaire!! Larry’s God-given ability to combine music with his whimsical humor has not only allowed him to travel across the country in 30 states–making public appearances at musical venues, T.V., and radio–but has allowed him to share the good news about his best friend: Jesus Christ. And today Larry Bub did just that.

Larry, who has shared the good news of his best friend (Jesus Christ) on every trip, shared it today at the Coronado Baptist Church–which he on numerous occasions has performed for. Through his hilarious song parodies (the Titanic), skits, and funny wigs, he was able to portray God’s Awesome power and leave people smiling in their pews–he even tried his best to lip sync Celine Dion.

All-in-All, his true message lied within his ministry which was this: all of us are imperfect and all of us will go through difficult times, but if we don’t focus our attention to our Best Friend “Jesus Christ” and serve him, then we will never get over the hurdles of our life.

Larry Bubb, who began his ministry in 1985, loves what he is doing and has traveled full-time ministering to a wide variety of groups across the nation.

Larry is happily married to his wife, and traveling companion Kristen–celebrating 21 years of fruitful marriage .

“I was so uplifted after hearing Larry’s message as he employs his gifts of humor & song along with practical Biblical instruction. He will especially bless the hearts of young adults, relating the word of God in a truly engaging manner.” –Angela Bassett

To follow Larry Bubb and get details on his next show: